Zoomlaw Attorneys-At-Law provides its services for cross-border legal advice, management and dispute resolution. This includes the following: Global Patent and Trademark’s business strategy plans, management and maintenance; New set up company, investment acquisition and securities trading; Goods and services in international trade contract arrangements; Contract templates for corporations and public. In here, our service provides its court observations, legal articles and case studies for its corporation and public to view. This blog’s articles and responses do not represent our official legal advice. For legitimate review of a variety of commercial transactions, international business contract drafting and negotiations, litigations or any proceedings or hearings, patent and trademark business strategic plans in relation to which countries to apply, please contact our appointed business, litigations, trademark attorneys, patent attorneys and representatives. If you require our official response in relation to legal opinions, legal services, patent and trademark services, please contact our nearest office at +886-2-27595585 (Taipei Office), +886-3-6675569 (Hsinchu Office). E-mail: info@zoomlaw.net. Further information about our firm, please visit: http://www.zoomlaw.net Yours Sincerely, Dr. Kuohua Fan (Managing Partner of Zoomlaw Attorney-at-Law and Patent Attorney Office).

Fanciful marks are devices which have been invented for the sole purpose of functioning as a trademark and have no other meaning than acting as a mark. Fanciful marks are considered to be the strongest type of mark [2] . Approved cases [3] :

for cars and passenger cars.

A suggestive trademark is so named because it suggests a quality or characteristic of goods and services; such a trademark might also be called allusive. However, a suggestive trademark requires a subtle leap in thought, imagination or perception for the consumer to reach a conclusion as to the exact nature of the goods [6] . Approved cases [7] :

A trademark with no distinctive character is prima facie unregistrable. However, these marks may still allowed to be registered if the trademark owner can demonstrate, typically by reference to evidence of use, that consumers in the marketplace exclusively associate the mark, as used on the identified goods or in connection with the identified services, with a particular commercial origin or source (i.e. the trademark owner). "Use" may include authorized use by a licensee or other party. If the trade marks office is satisfied that the evidence demonstrates that a mark has "acquired" distinctive character as a matter of fact, then the mark may be accepted for registration on the basis of acquired distinctiveness [8] . Approved cases [9] :

 "4810," the height of Mont Blanc, the highest mountain in Europe, is not distinctive. However, after the applicant has long used it as a trademark in connection with fountain pens, ball point pens, pencils, felt pens, etc., and used it extensively in the advertising media, such sign has acquired distinctiveness through use.

 "V50" for cars, trucks and all-purpose RV cars gives an impression that it is the model number of the designated goods and is not inherently distinctive. However, after the applicant has long used it, relevant consumers are able to recognize it as a sign identifying the source of certain goods, so it has acquired distinctiveness.

 "Life should be wasted on beautiful things," which is irrelevant to drinks made from tea leaves or tea, coffee, drinks made from coffee, cocoa and drinks made from cocoa, ice cream, etc., was not distinctive. However, after the applicant has long used it as a trademark in connection with aforesaid goods and used it extensively in the advertising media, such sign has acquired distinctiveness.

is an ornamental pattern. The use of the pattern for department stores, supermarkets, etc., is not inherently distinctive. However, after the applicant has long used it as a trademark in connection with handbags, packaging bags, etc., such sign has acquired distinctiveness.

When such patent is granted, the Patent Authority shall mark the serial number of patent certificate on his/her patented article. Such serial number of patent certificate would be marked on products for declaration and advertisement purposes. On the other hand, it is to declare the public that such product has its patent right, the patentee of a utility model shall have the exclusive right to preclude other persons from manufacturing, offering for sale, selling, using, or importing for such purposes such patented products without his/her prior consent. In addition, the general public believes that if such products have its patent right; it generally means that such product has its standard quality. This is another way of advertisement. Therefore question arises as to whether to mark the serial number of patent on his/her patented article is considered as its right or obligation, every country has its own different interpretations.

United States Patent Law Article 287 indicates that the patent label is considered as patentee’s patent right and has grounds to seek for compensation for its damages. Japan Patent Law Article 187 only indicates that a patentee, exclusive licensee or non-exclusive licensee shall make efforts to place a mark to indicate that the product or process is patented. United Kingdom Patent Act Article 62, Paragraph 1 and Australian Patent Law Article 187 indicates that in proceedings for infringement of a patent damages shall not be awarded, and no order shall be made against a defendant or defender who proves that at the date of the infringement has was not ware, and had no reasonable grounds of supposing, that the patent existed. China Patent Law Article 17, Paragraph 2 indicates that “an inventor or designer shall have the right to state in the patent documents that he/she is the inventor or designer. The patentee shall have the right to have his patent mark displayed on the patented products or the package of such products.” Therefore, the trademark mark is considered as patentee’s right but not obligation.

According to Taiwan’s Patent Act Article 98, an invention patentee shall mark the serial number of patent certificate on his/her patented article or the packaging thereof, unless the item is too small or with odd shapes that it is not feasible to mark the serial number of patent certificate. In case of failure to affix such marking, no claim for damages shall be allowed, except in the case that the infringer has known, or should have known as proved by facts, the existence of the patent.

From the above, we can know to mark the serial number of patent certificate is not considered obligatory and shall not claim for damages. Whether prior to filing, such a patent application has become known to the public, in order to prevent restraining its claim for damages, there is no burden of proof on the plaintiff where an invalidation action instituted involves the trial proceedings. This is to promote an invention patentee to mark the serial number of patent certificate on his/her patented article or the packaging thereof. Even though the Patent Authority would publish our granted patent in the Patent Gazette, however people in public wouldn’t read such Patent Gazette on regular basis, nor may necessarily understand its patent specification’s format and the claims and the drawings of the application. By marking the serial number of patent would make it easier for the public to understand the technical field of its patent. 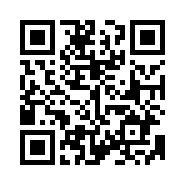